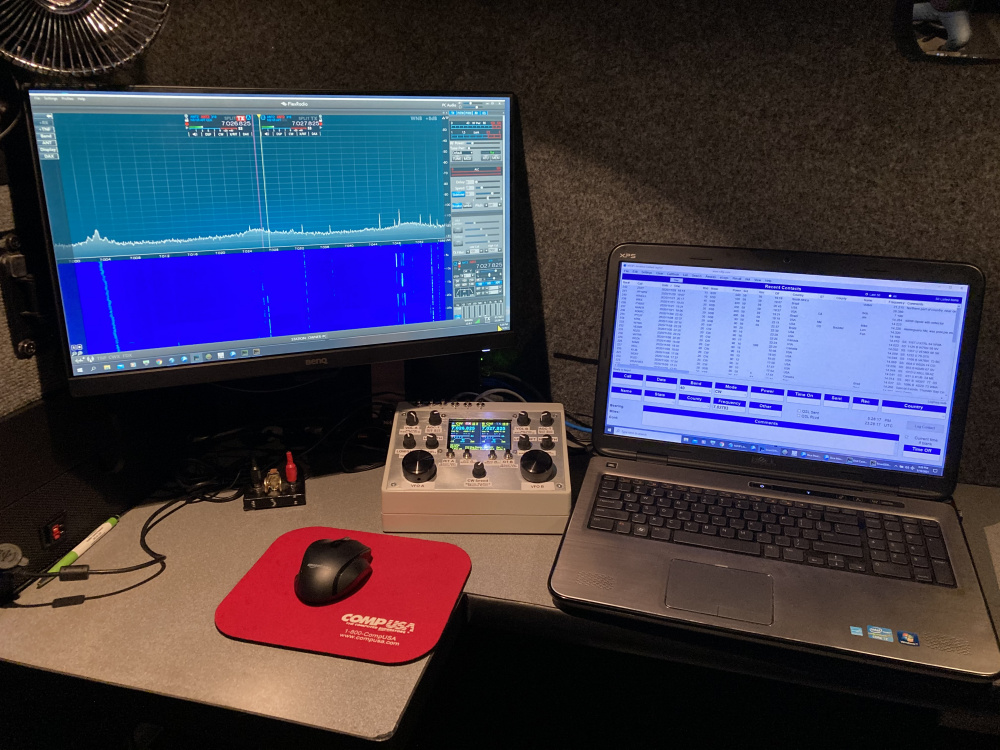 Get going with Logbook of The World by Gary ZL2IFB/G4IFB

LoTW New User Guide Get going with Logbook of The World Version 1.01 by Gary ZL2IFB/G4IFB is worth checking out.

You may be wondering “Why does Logbook of The World exist? What is it for?” and “Should I bother with it?”

The answer is simple.

Follow this step-by-step guide to get started on LoTW.

Note: this guide is occasionally updated. The definitive current English version is available at http://www.G4iFB.com/LoTW_New_User_Guide.pdf

If you are new to LoTW this would be an awesome resource, and a good review for the rest of us.

The Awesome QSL Drawings of Jeff K1NSS Heading to Print

Jeff K1NSS is a QSL card artist that you may enjoy checking out part of his portfolio at: https://www.jeffk1nss.com/

He had done designs for me back in 2015, most which never ended up being printed for a variety of reasons including moving and a need my end to be more focused on health.

I asked Jeff K1NSS to update the 2015 designs, and to create several new designs. All the updates are done and two of the three new designs are finished.

After reviewing several QSL printing services (I had previously had quotes from local printers) I’ve select QSL Concepts to print the first six cards. They are at: http://qslconcept.com/usa/

QSL Concepts “Fab” VE7FBN got it right away that I had ready to print front/back artwork. While Canadian based QSL Concepts uses a USA based affiliate for cards being delivered stateside.

I was able to tag the cards into a pricing program focused on clubs, and anticipate the new cards arriving about ten business days down the road (might be sooner!).

This batch of card designs includes:

END_OF_DOCUMENT_TOKEN_TO_BE_REPLACED

The Tennadyne T-12HD I ordered is now all here. The boxes are nicely marked.

Mine came in two groups, a first group of five parcels and a follow up parcel with the truss kit.

END_OF_DOCUMENT_TOKEN_TO_BE_REPLACED

Okay, this post is as much non-amateur radio as amateur radio, but I want to clear the air with my readership.

You are my internet buddies, and guess what, I truly expect at times we will never 100% agree on much of anything.

But that is a-okay.  It would be pretty miserable if we all agreed all the time.  Actually that would be awful and it would be boring.

But we have to “disagree agreeably” or it simply won’t work.

In the recent political upheaval I have had friends go loopy, basically demanding reaffirmations of the beliefs they hold and unilaterally declaring that any other conclusion besides theirs has to be actively disavowed.  They basically expected a public affirmation of their views and an affirmation that I am a member of what they have decided is their “tribe.”

Kind of sad, as a few European and local friends basically demanded of me that if I didn’t start parroting their position on things political, that they tell me that my not joining up with them is evil – even calling me a Nazi because I wouldn’t echo their sentiments on their cue – and subsequently ruined decades old friendships in the process.

On the bands you can hear heated conversations – at time rowdy would be an understatement – as groups basically slag each other off.

On email I create a “folder & rule” that directs their emails to either deferred reading or a dead mailbox, dependent on how toxic they have become.  One group of amateur radio enthusiasts includes a particularly toxic drunk who rates a direct to my junk folder rule just on general principles.

Your mileage may vary, but here are my email guidelines:

END_OF_DOCUMENT_TOKEN_TO_BE_REPLACED

This antenna is big enough that it will be a two person assembly job.

I had run a T-8 at my old home QTH, one that I purchased used and after a bit of lightening encounter replaced with a new T-8 a couple years back. That T-8 is going up at my island QTH, hopefully this summer, and is already on the island.

Having had excellent experience with the decade plus T-8 as my main antenna, another Tennadyne was high on my list to take the main position on the home Skyneedle tower. I’ve cut & pasted the basic claimed specifications:

Some differences between the T-12HD and the T-8 which interested me:

* The T-12HD should tune 30m, which the smaller T-8 did not do very well at all.
* My Station should have a gain improvement of close to 3dB which is always appreciated for RX and can’t hurt on TX (or would allow running lower power) vs the old T-8 based station, plus any effect for being up another 20ft (6m)
* The T-12HD is a trussed-boom construction vs the untrussed T-8 (not certain if that is ultimately good or bad)

Here is a picture taken from the Tennadyne website of a T-12 (presume standard vs my new HD model) at another ham’s station:

There are some integration advantages for a LPDA (Log Periodic Dipole Array) antenna when running a Flex-6000 based station, as the LPDA tends to present an acceptable SWR to the radio or if running QRO the PGXL amp, when used within the LPDA’s design frequencies. Typically the ham band optimization matches other ham designs while respectively the non-ham band lower performance you would see from other non-actively tuned beam antenna designs is avoided or minimized.

I found both barefoot and running QRO with the T-8 was basically a no-tuner required situation, one that I hope the T-12HD matches.

[Edited on 15JAN21 to correct formatting and photo insertion problems with original posting, and capture that mine is arriving in six parcels rather than five parcels]