A Few Thoughts on Dangerous DX

I’m not enough in-the-know to wish to venture any specific comments on the recently canceled P5 North Korea DXpedition.  I do know how hard it is to keep secrets secret even when everyone involved has security clearances, so I must commend the group for how little did leak out for such a long time.

Unfortunately second and third hand accounts did leak, and bloggers chose to run to print, strangely never reaching out to fact check, which if they had the need for no advanced press would have been reaffirmed.

The disconnect between the needs to fundraise and news blackout perhaps could never have been met.

But more importantly should dangerous DX be part of our DXCC program?

Should our DXCC program be tweaked to “suspend” accreditation for other than local residents of an area in a declared state of war? P5 has been for sixty plus years.

Should our DXCC program be tweaked to exclude moonscapes that are  uninhabitable?

While accounts of winds so strong we formed a human wall wearing our cold weather survival suits inside the tent as we weather the night seems to cross the line between calculated adventure and needlessly shaking the dice.

Now there is a certain rush a good adventure brings, and I am not immune.

But to be certain a fair number of these dangerous DXpeditions exist largely because of the encouragement hams intending to stay safe at home.

Is that six second QSO really worth it?

Most likely there is no good solution, and it isn’t like anyone forces these DXpeditions to happen.

Maybe there is another way to develop an acceptable risk policy for DXCC, but the one thing I do know is that our current policy violates a personal life rule – I will never ask anyone to take a risk I wouldn’t take personally myself.   We’re way past that line and I can not think of a reason why it could be possibly worth it. 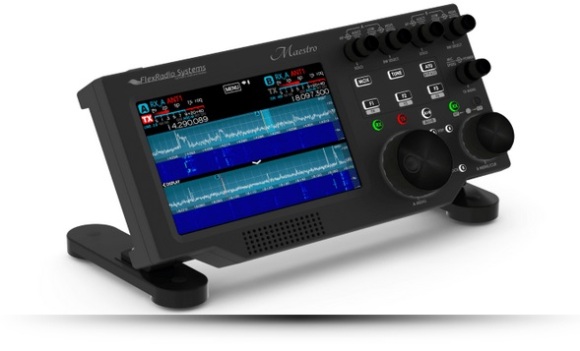 When my automated invoice arrived it was actually a second go, as I had updated my order by phone a week earlier as my order for several units had messed up the automatic system.   (I wanted a unit for each QTH).

There are a nice variety of accessories available, which I added what I felt would be useful.  I’ve already acquired a couple of the recommended batteries for each unit.

When they arrive each radio and any related computer running SmartSDR will need to be updated to v 1.7.xx. I don’t know if the arriving units include the software, information to a dedicated link, or if their will be a wider release.   Wait and see.

Really looking forward to working with a Maestro and a small laptop for logging, as if performance is where I hope it is there is a lot more operating time going to open up for me.

4o3a and Force12 show previews of a FlexReady HF Amp

When North is not North – Deferred Maintenance has a Price

Spring at my home QTH brought some real weather extremes, including a few very high wind events.  If I know about forecasts for mega-winds in advance I will retract my tower and point the pair of Log Periodic (LPDA) Antennas into the expected direction the wind is forecast to arrive from.

But a couple times I wasn’t around or arrival of major winds wasn’t forecast, and things had to take the brunt as they are.

LPDA antennas typically have two square booms spaced apart electrically, each with half of the elements on them.  This is a fair bit of a wind-catcher compared to a typical beam where one round boom does duty.

On my heady-duty version of the Tri-Ex LM-354 tower are a Tennadyne T-8 10-20m LPDA and a T-28 6m-1.3gHz LPDA.  Book Wind Areas are 8 sqft and 3sqft, for a total if some off-center allowance is given for the chokes of approximately 12 square foot of Wind Area.   The tower in standard form is rated for 26 square feet of Wind Area using the standard design and the current heavy-duty is rated for 52 sqft, so nothing about the antenna loadings themselves being pushed hard there.

I’d retrofitted the T-8 with SlippNott high strength attachments back in 2013 – https://k9zw.wordpress.com/2013/06/09/installing-slippnott-upgrades-at-k9zw/  which included an added fitment at the rotor to secure the mast.

The winds had slightly pushed the T-28 from its alignment with the T-8 and rotation is now indicating about 95 degrees further clockwise than actual.

There is a chance something electrical is messed up, as the same high winds did pull all feed lines and rotor cable from the standoffs.  Apparently the breakable restraints either died with UV, Cold and Age, or the winds were strong enough to peel the lines free.

Otherwise either the rotor has broken free or something has slipped.

Of course it is raining, the ground soggy, cold and the scaffold I usually use for service one the tower is down and tipped over just happens to be 130 miles (including six important water miles) away ay the Island QTH.

I have a freshly rebuilt Ham-IV rotor which would be an easy swap if it is a rotor issue, or this might be the time to put in the AlfaSpid RAK Rotor I’d bought at Dayton-2014 but hadn’t yet installed.  Being a bit lazy about replacing things that are working okay, I’d changed my mind and I’d intended the AlfaSpid to go to the Island QTH.  So if I use it I will need to buy another.

Usually every Autumn the Tower gets lowered and tipped over, and a full PM (Preventive Maintenance) completed.  Because of the acquisition of the Island QTH and a heavy work load this PM got skipped in 2014 and 2015.  My bad, to say the least.

So now I get to pull the PM with an extra Troubleshooting Task.  Want to bet I made something worse by skipping the PM?

As I put together the core components for a ruggedized Flex-6300 I wanted to select a computer to use when the radio was not out with a laptop.

One of my sons, Winston KC9FVR helped with a comprehensive updating and upgrading process to Win10Pro and pre-installed my usual suit of software. I needed a DisplayPort++ to HDMI adapter, which I let him scroung for me, and all is good.

Swapped it for the PC-on-a-stick/NUC I’d been using with the 6300 and a few minutes to configure and do final updates was all that was needed before being QSO-ready!

Slick if slightly heavy 7-1/4 x 7-1/4 inch footprint is very desk friendly. As I had a waterproof keyboard I was happy with, along with a mouse and a 22 inch dual use screen (TV/Monitor) I left the rest in place. 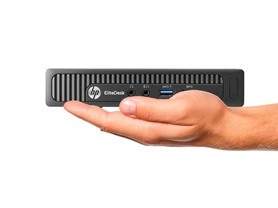 The no-fan design is appreciated and operating from such an RF quiet island I was working DX barefoot via the SteppIR CrankIR which was set up to “eyeball tuning standards” as I’d moved so much other gear up and down that I didn’t fancy too many adjusting trips.

Nice little PC that seems to do the job!