END_OF_DOCUMENT_TOKEN_TO_BE_REPLACED

Your ISP Must Pass All Needed Traffic to Do Remote

Been receiving reports from other amateurs on Washington Island that the once dominant ISP for the Island is not compatible with remote FlexRadio operations. Door County Broadband (DCBB) simply will not pass all the traffic types needed to do a remote connection, and when asked to pass the traffic simply say “no.”

I haven’t had reason to directly speak to Door County Broadband in some years, as I had hit this wall with them trying to configure George W9EVT’s internet for remote access.

On-Island internet options that are presently not Flex-Ready are:

Marginal for SmartLink use:

Frontier Communications aDSL – I have this and when the system is working well I can do remote from the Island station. Usually I can access my mainland stations over Frontier. It unfortunately goes down often, usually peak-load weekends when we are on the Island or during storms. Achieved throughput is a fraction of the advertised/purchased, and you need to be on the Island during the work week to get it serviced, so ours doesn’t get fixed. https://frontier.com/

Possibilities on the Horizon:

While the Island is RF-quiet making it a great place to operate from, doing remote to an Island station remains challenging. Oh, that the power goes out fairly often (momentarily a couple times a week, 15 minutes or longer about monthly) doesn’t help. While you can do batteries or a generator, the internet often seems to be down at the same time.

Non-Radio – Hiding Out with Hummingbirds and the Night Sky

Squeezed in an “extra weekend” at the Washington Island QTH mid-week.

We really had some local work to attend to and made it into an overnight in the process.

The wildlife is rather tame at the Island, and the hummingbirds came to a feeder hanging in front of my chair on the deck.  They were not bothered by me.

Expect they are feeding their young

Family brought a clever night sky photographer setup, and the very low light pollution made for some fine photos. 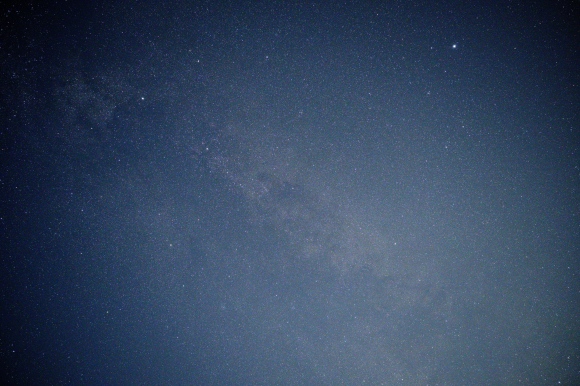 For work, jury duty and family reasons I couldn’t stay longer, but the respite was welcomed!

Working outside when the sunshines – Island Conduits

At my Washington Island, Wisconsin QTH (US Island WI-001L) is my second ZeroFive Flagpole Antenna. On the Island we fly our flags often while in residence, but the antenna part has languished unfinished.  It has become a continued request from the XYL every visit to “please fill in the flagpole base’s hole, and fix our lawn.”

Early in virus lockdown I got someone to bury the conduits, which had sat on the lawn for at least a year. Though the main expanse was buried, neither end was done.

The radials were dug in a few weeks ago (see my previous post at: https://k9zw.wordpress.com/2021/07/18/k9zw-north-radials-for-the-flagpole-antenna/) but were left tied-off to the pole, conduit or something else in the hole.

END_OF_DOCUMENT_TOKEN_TO_BE_REPLACED

The Island Rack basically has been put together piecemeal, and now that it is settling into an all-FlexRadio setup it was time to tidy things up.

Here is the backside of the rack: 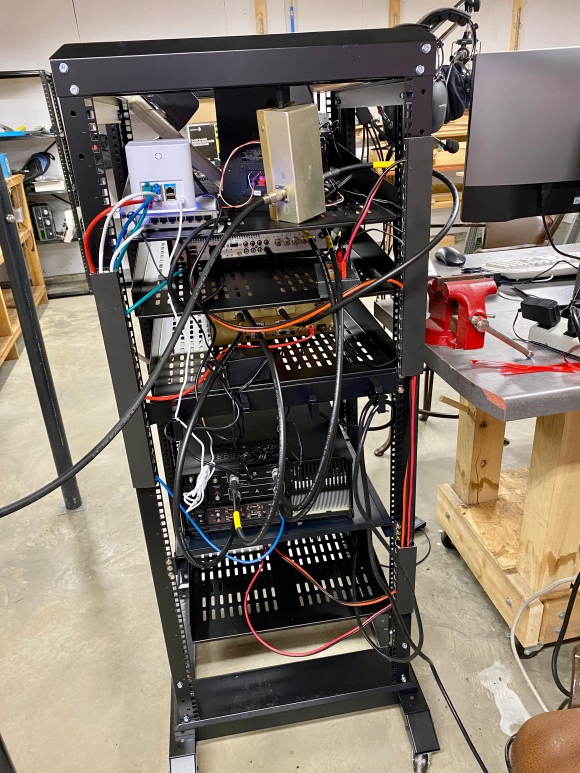 Kind of a “So What?!” picture as I forgot to capture before tidy-up shots.