Quick stop at friend George W9EVT’s shack, to which I brought a thumbdrive of the latest firmware updates downloaded two days ago.

Loaded no sweat, only to find some of the updates have been updated in the last 48 hours!

The vastly improved internet infrastructure on Washington Island (US/CA Island WI-001L) made downloading the “latest latest” easy and a quick repeat brought things truly up to date – at least until the next firmware is released.

Very rough ferry ride out (I didn’t mind too much, but it wasn’t reasonable to read, so a quick kip substituted. Cold, but sunny (14F or -10c this morning early).

Hope to get some operating in tomorrow.

Last weekend was a quick run to Washington Island Wisconsin (WI-001L) to pick up George W9EVT for the W9DXCC event.  Spent a little bit of time with John K9IY who retired to the island a few years ago and I had managed to somehow not meet. 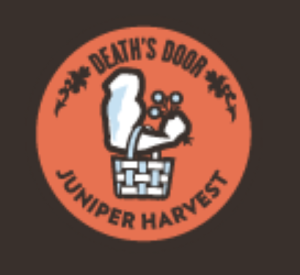 We also caught up with numerous friends, spent a little “Red Cup” coffer shop time, and kicked back.

The Red Cup has switch provisioners to AnoDyne Coffee from Milwaukee – http://www.anodynecoffee.com We can recommend their coffee, having had is served to us on the mainland several time prior, and bulk purchased it for our machines at home.

Spending some time with Susan and George W9EVT Ulm I also updated George’s Flex-5000A to the latest PowerSDR 2.4.4 and did other minor repairs/tweaks. Great to see them! I made but a single QSO being too busy visiting and being outside – Mark M0ZMX on the Isle of Grain (really not an island, but sounds cool) was 59+1- into the island on the Flex.

George has asked me to check out an unusual Heath radio – and SS9000 and PS9000 Power Supply. He has several and I am to give this backup a workout while sorting out a minor glitch. Here is a shot of this last ever Heath series transceiver from the period ad:

All in all a great time and truly this island is “North of the Tension Line!”

The ARRL in its QST Magazine has a couple pages on our friend George W9EVT and his amazing Washington Island “Ham Hotel.”

Fred AA7BQ the owner of QRZ.com had recently visited George W9EVT and did a write up on the QRZ.com website at http://forums.qrz.com/showthread.php?311312-Washington-Island-s-Ham-Radio-Treasure

Congratulations to George W9EVT for the well deserved recognition!

Our friend George W9EVT written up by Fred AA7BQ owner of QRZ.com:

This week we had the rare opportunity to visit the ham shack of George Ulm, W9EVT, and were treated to an experience that may well be unique in all of amateur radio.

We’re hoping George’s dream of his collection becoming the core of an amateur radio museum can happen.

Today after a two and half hour drive and a 40 minute ferry ride I set foot, or more exactly set my wheels, on Washington Island WI-001L, on my way to George W9EVT’s ham shack to install firmware updates on several radios and set up his Flex-5000a radio after he had received a new computer. My youngest Victor KC9NWB was riding shotgun on the trip.

Greengate Farm, Susan & George Ulm’s QTH, was not my only island destination. My official main purpose on the Island was to assist the Island Historical Society with evaluation and decision-making concerning the Thorstein Veblen cottage restoration project.

The cottage restoration will start in earnest in 2010, with the present priority to watertight the building and insure its safety overwinter. My firm has offered some assistance with materials for the project and I have been more than happy to donate my personal time to our Island friends who are undertaking this historic renovation.

I’m especially happy that allows me time to visit George’s shack, and in this case on this trip to do upgrades on several of his radios. George also had received a specially built PC to run his Flex-5000 and he needed it set up.

The first upgrade was to the Orion II with a full firmware update. This involves installing software I had brought to the island on a thumb drive onto a local PC, connected to the Orion with a serial cable, restarting the radio holding a specific key, and running the specialty upgrade software.

In the case of the Orion, with its massive number of settings, this upgrade takes several minutes. As it was the first time I had done in Orion update, I was a bit concerned at the length of time it took to load the new firmware. I really should’ve worried the system seems to work well and once the Orion was restarted all look to be well.

Upgrading the Omni was just as easy, but much quicker due to its smaller settings table. A similar process, cabling the radio up, restarting the radio holding a specific key, and running the special Omni update software. Again the update went smoothly.

Now came the challenge, the FT- 2000 radio. First step in updating a 2000 is to turn the radio upside down and locate a slider switch inside the radio through a small hole usually covered by the right rear foot. This switch is a problem as it is very very small and once you put your screwdriver in it is hard to see the switch. The 2000 also requires to be cabled to the PC for an update to install.

It couldn’t be that simple… no, it wasn’t as I discovered FT-2000 needed a different cable than the Orion or the Omni. A “Gender Problem” — the gender pin out was the opposite of what was expected. I guess I should look closer at the on-screen computer manual, rather than relying on the text calling out in nine pin serial port, before I came to Island.

So in the end the 2000 could not be upgraded, but would you think that putting that small switch back to its normal position could possibly be harder than finding it the first time? Absolutely, it was a time-consuming task to relocate this tiny switch and reset the radio.

In the end the software was left loaded ready for the correct cable to update the 2000, and a correct cable was ordered from a off-island supply house before I left for the day. I’m hoping that George can handle finishing the 2000 update on his own when the cable arrives.

Next was the Flex — and it’s new special PC. Everything was there, it just needed cabling up and the software setup with its final configurations.

The special PC arrived with all the usual Flex software preinstalled including PowerSDR, but it needed to be configured for this specific radio it was hooked to. It only took a few moments to get the software running and the flex on the air. However the first time George powered everything down for some reason the settings were lost. I found this on my return from the Veblen cottage, and I’m very glad that George and I split the day into two sessions to catch an error like this. Somewhere in the middle I found time to to squeeze in a visit to the island gunsmith and to visit with a friend who is a builder & Realtor on the island.

Again a few minutes of redoing the settings to match settings that have worked satisfactorily at my QTH put everything into fine form. With a large monitor, the fantastic antennas, the beautiful location for propagation, and the special PC George now has one very fine Flex-5000 setup. I do need to thank Harry W9BR for some phone assistance when I needed advice. To confirm the Flex-5000 was running right I of course had to quickly work several DX stations, mostly using the Washington Island DX Club WI9DX call sign.

So three of the four radios were put into fine form, the fourth prepared for its new cable to allow installation of the final firmware update, and George is back on the air with his Flex-5000. There was enough time to spare to socialize, walk part of the farm — actually a very small part of the farm — and before the last outgoing ferry for the day. Of course we were recipients of Susan’s lunch & hospitality, for which we offer our thanks!

It was a lovely ride back, breaking into rain only for the last 15-20 miles. Victor KC9NWB and I treated ourselves to a nice dinner at the world-famous Al Johnson’s restaurant on the way back.

A Moment Here and There Operating (from WI-001L)

Had a few minutes to operate while staying at George W9EVT and Susan’s Farm on Washington Island WI-001L last weekend.

Not a lot of contacts but it is really nice to make Island-to-Island QSOs with so many other Island operations.