Six Bands of FT8 by Remote Background One Morning

Gear was my ZeroFive Flagpole Vertical Antenna, a Flex-6700 barefoot, and my trusty Dell Core i7 computer running SmartSDR for Windows and WSJT-X. Connectivity was via SmartLink as my radio is at home.

A sprinkling of DX in the run, Fiji being the most interesting.

Tunneling a VPN for Maestro

The present release series of SmartSDR in all favors (for Windows, for Meastro, for Server) have local area network connections implemented, but that everything on the same LAN is limiting.

I’ve long wanted to be able to run my home station from my office as often DX opportunities happen only when I need to be on site working.

FlexRadio System has announced that the LAN barrier will be broken with version 2.0, and that is a ways out.

Chris K6OZY has kindly prepared a couple YouTube Videos and notes on how to use SoftEther VPN with two Raspberry Pi units to create a VPN server and a VPN bridge unit.

There are other ways to do a suitable VPN but this has advantages worth considering.  Read the FlexRadio Systems Threads on the topic to look through those.

Amazon sourcing for the hardware:

With help from son Winston KC9FVR to fit the error I made, the server and the bridge were set up.  Took us two evenings mainly because I wanted to do a fair bit myself rather than letting “Mr Geek” KC9FVR do everything.

What more is there to say?  Ran QSOs until KC9FVR reminded me he wanted to head off to sign up for his next classes on some on-line University system,

Downing everything has not been a problem, but we will clone the SD Cards for both the Server and the Bridge next.

Catch you on the air!

Adding some very cool station automation gear to the shack – all from 4o3a in Montenegro.

The 4o3a Station Genius is basically an ethernet addressable highly configurable shack multi-switch. Ranks 4o3a jokes that it WILL even do your coffee, and technically that is an affirmative!

For the moment the Station Genius is home shack only.

The each QTH has gotten a 4o3a Antenna Genius 8×2 ethernet addressable Antenna Switch. These switches are especially sweet when using a dual-SCU Flex-6700 in SO2R configuration.

4o3a has his Rotor Genius out, which will be next implementation. A not so secret bit of news is 4o3a is tightly collaborating with FlexRadio Systems and a RF Amp is somewhere in the works.

You can read a lot about Ranko 4o3a at his website http://www.4o3a.com

Force12 has been awesome in sourcing this great gear for the USA based ham. See http://www.force12inc.com/categories/4o3a-devices.html?sort=pricedesc for their listing of 4o3a devices.

Did I mention the end goal is all this gear works with SmartSDR and hopefully with a Maestro soon afterwards?

Working with an evolving slightly complex station, AND wanting to using the LAN-Remote features of SmartSDR V1.4 with the Flex-6700 requires some planning – plus some electronics help!

Not point in reinventing the wheel when really sharp mins have created just the missing pieces to integrate my station.

Force12 expands further saying it is easier to say what you cannot control.

The main unit seems to have enough connectors to hook up to about anything:

An outboard Relay Board called the SCC-OM controls the various devices: 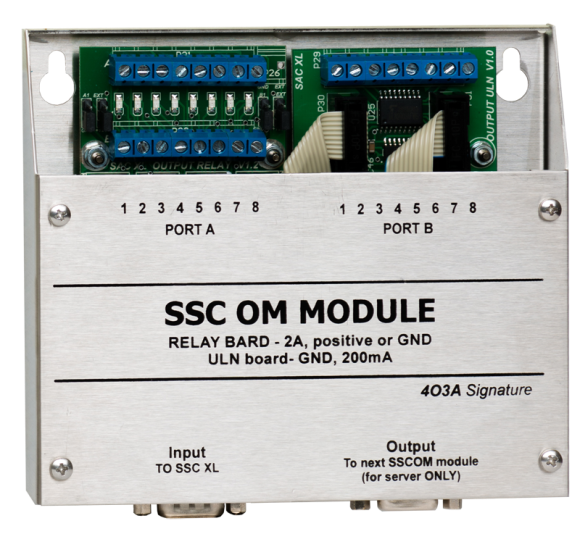 Mine just arrived and I am digesting the the manual as I get ready to implement.  As a plus the device is said to be FlexRadio System Maestro ready!

Running Flex-6300 SmartSDR 1.4.0 QSOs from a Winbook with an AblePlanet Linx Audio Boomset

The Boomset is a nice noise canceling AblePlanet Linx Audio unit I had bought one for each of in the house for traveling (mine has the optional Boomset plug-in microphone).

Would be easier if I added a FlexControl and a Mouse, but that would be cheating, right?

Some latency issues in commands issued to the touch screen having a moment lag to action at the Flex-6300.

I did cut back the Frames Per Second and Waterfall motion rate to improve the ability of the WinBook to run SmartSDR 1.4.0

Adding a second slice is possible, but receive only as this whole setup is at the limit of the WinBook’s brain power.

My wife wasn’t happy at my sitting at my office desk call things like “India Romeo Four Mike – Kilo Niner Zulu Whiskey 59 59 001 001 QSL?” though she could see my point that I could be outside working QSOs once the weather allows.

I’m very impressed that SmartSDR has so improved that this is even possible!

This weekend is my third working the CrankIR and the Flex-6300 from Rocky Ridge Farm on Washington Island.

Getting past the  learning curve.

Was too chilly to comfortably operate outside, so set up the radio inside one the kitchen table.