Had an opportunity to buy a DX Engineering HEXXbeam MkII from K0PJ, adding to my Hexbeam collection.

My thoughts were to carefully collapse the antenna and transport it collapsed to my Washington Island QTH.  Later I’ll run a bit of a shoot out between the SP7IDX and Radiowavz antennas.

I’ve included some of the wildlife at the QTH and a picture of the trenching (one is a future ham radio wire conduit):

One of the Gray Foxes 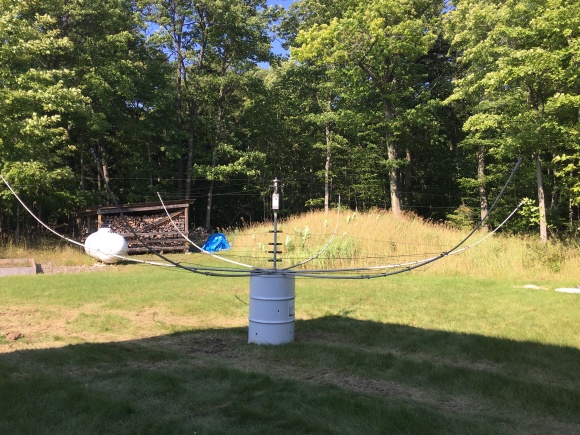 The HEXXbeam on a barrel.

Yard camera caught one of the five bucks that have been visiting.

A Sanhill Crane checks out one of the yard cameras 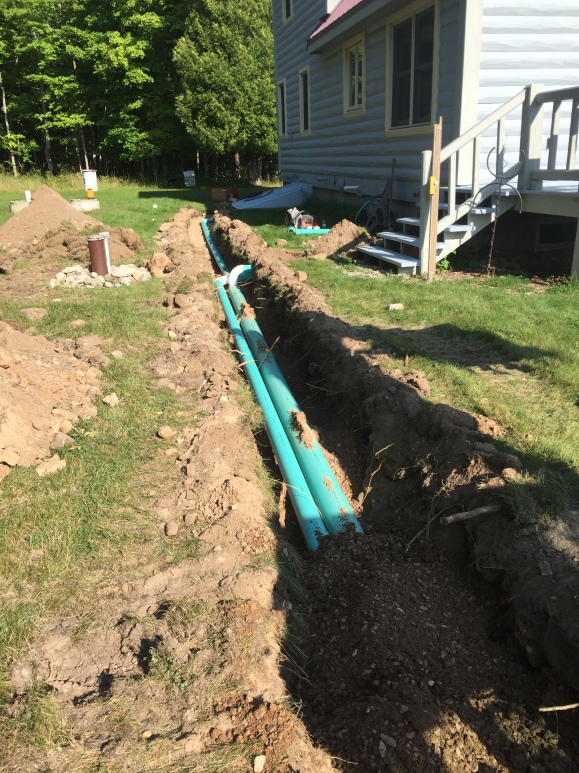 Notice the animals digging up the yard – raccoons are doing the most damage, the foxes dig for burrowing critters, and the Sandhills make tent-stake like holes everywhere.

The deer are opportunists grazing on wild apples and other deer treats.

In putting in the undergrounds the plumber hit bedrock only a few inches down.   One pipe is a sanitary drain for the sump pump and rainwater that really should have always have been there, and the second is a conduit for feedlines, control cables and the like for part of my ham station.

I think the near the house yard will drain much better as there was a bedrock ridge that restricted sub surface drainage that he excavated through.

The bedrock is why he couldn’t put in the 6×6 treated post at the end of the conduit run.  I had intended to mount a rotor and a short mast as an interim location for this HEXXbeam.

Looks like I will either end up with a concrete filled barrel as a base, or have a heavy steel tripod type base made up.

Even on the barrel, rotated by hand the HEXXbeam is doing really well.