What an awesome product! Okay there are some things the initial v2.0 isn’t ready to do yet: No native digital (DAX digital streams are perhaps down the road), No remote control of other station equipment, No built-in standby/start control, the 4o3a gear integration didn’t make this release. Stuff that can come later.

What is awesome is that lickty split one can remote into their setup Flex-6000 station without a PhD in networking!

Nothing on the net is truely always plug-and-play so you might need some help getting through the initial setup. And of course you need enough low latency, low jitter and modestly bufferless limited (like satellite internet doesn’t seem to work) to make the connection. Would seem as a good rule of thumb if your connection will support a good grade of gamer’s connection with voice and all that, you may be in the right direction.

Setup is a ready the manual and follow the steps sort of thing. Makes sense.

Well I have half of my gear moved to the newest FlexRadio Systems SmartLink and SmartSDR version 2.0

From the main hamshack my earlier Flex-6700 (a Limited Edition model, number #11) updated very quickly.   I had some trouble with the AT&T UVerse modem/router getting the Port Forwarding sorted out, as most UVerse modems don’t do UPnP that SmartLink needs.

Putting SmartSDR for Windows v2.0 on my main shack computer was a breeze.  Don’t forget to then update your DDUtil to the latest.

Updating the iPhone and iPad to SmartSDR for iOS version 2.0 was simple.  You have to remember to “restore” any in-app purchases (I use the DX Cluster, the Log Book and the band plans) before they will operate.

I was a bit stuck upgrading the first Maestro in isolation.  Once I realized it had to be connected to v2.0 radio I whipped out the Raspberry Pi VPN to make that initial connection.  Pretty neat to have control of my Flex-6700 from work! 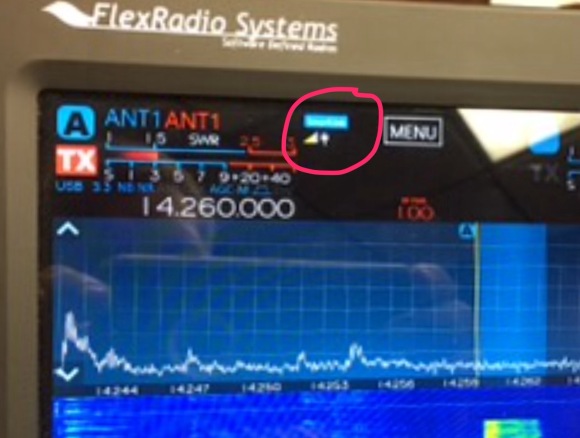 This coming weekend I hope to upgrade my second Flex-6700 and second Maestro on Washington Island, though I am a bit far off from keeping that station live 24/7 yet. My internet on the island is just adequate to run SmartLink, though I may need to do some tweaking control bandwidth.

Kudos to FlexRadio Systems for making this HUGE upgrade so simple and easy.

SmartSDR v2.0.xx and SmartLink around the corner

By the time you might read this, the long awaited SmartSDR v2 and the new SmartLink may have hit the street.

The whole idea on SmartLink is to make most internet connections between a Flex-6000 radio-server and the remote user (PC, iPad/iPhone, Mac, or Maestro) as user friendly as possible.

SmartSDR for iOS and the SmartSDR for Maestro also pick up the main improvements as well as platform specific features.

Somehow I don’t think we will make it through the week without a launch.