As mentioned in K9ZW Flex-6700 US Island Activation at WI-001L while one Washington Island (US Islands WI-001L) with my new (serial number #11) FlexRadio Systems Flex-6700 I did run a clean sweep of The US. Original Colonies S/E Group’s 5th Annual “Fourth of July Week – The Original 13 Colonies Special Event” including the bonus WM3PEN station. 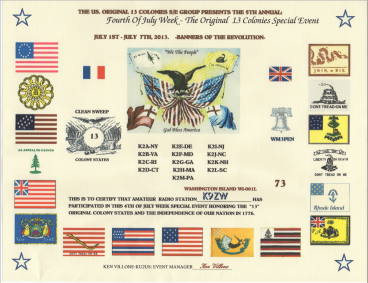 These fun-events are always one of the simple pleasures of ham radio.  One cannot say there was any noteworthy technical accomplishment in making the contacts, but one can say there is a prideful patriotic pleasure nonetheless!

I’d written about this particular event several years ago (Blog Post Link: Original 13 Colonies Independence Day Special Event), though each year past I always came up short a good number of stations.

For those of us who did not grow up with tube/valve/Thermatron gear: 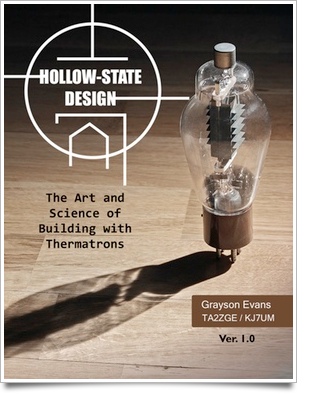 Links to the Blog with links there to the book: Hollow-State Design.

Presently about 1/2 through reading my copy,  and finding this an excellent book!

Got my copy from Electric Radio, but you can get it at 20% at the moment ordering directly from Lulu.