Have arranged to have a very rare radio in my shack for an a lengthy trial, including some A/B testing against my radios (including the FlexRadio System models). 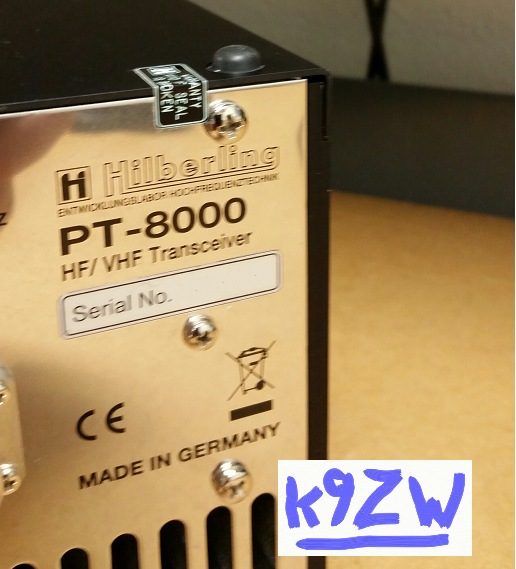 The first QSO I made with the transceiver was to W1AW/1 in RI. With travel and work I’ve only a dozen or so contacts with it so far, and the initial impression is of excellence in transceiver design. Everything is first rate – the power supply/speaker and cables are lab equipment grade and supply the 50v DC allowing for 200w performance. More as I get some Qs on the rig.

RF Concepts (Alpha) has a major update on the 4040 Tuner Project:

In the last 45 days, we’ve made a lot of progress on the Alpha 4040 DreamTuner. As you know, when we tested the tuner under full power, we discovered that the switches weren’t delivering the performance we needed. Dissatisfied with the test results, and knowing it would push the delivery out, we undertook a massive redesign including a new, commercial pad cap, custom antenna switches, and a new layout. The fruit of our labors is a very efficient tuner that is an industry leader in both matching range and power handling.

We ARE shipping beta units this month.  Our first unit already shipped to the owner of RF Concepts, Michael Seedman, AA6DY and he was pleased with the changes and overall design of the tuner.  This is a different tuner than we showed at Dayton last May.  Here’s a picture of the insides.  We’re planning on posting a new section in the website with lots of photos and details.

Thanks for sticking with us over this insanely long period of time.  We’re almost there…

P.S. We are accepting pre-orders. These orders are non-binding, with no deposit necessary.  Click HERE to learn more.

Here’s the unit with redesigned exterior sheet metal, up and running. The Alpha 4040’s enclosure is designed to support the weight of an 80 pound plus amplifier. There are no protruding screw heads, this allows for easy stacking and placement of a whole variety of gear atop the tuner. 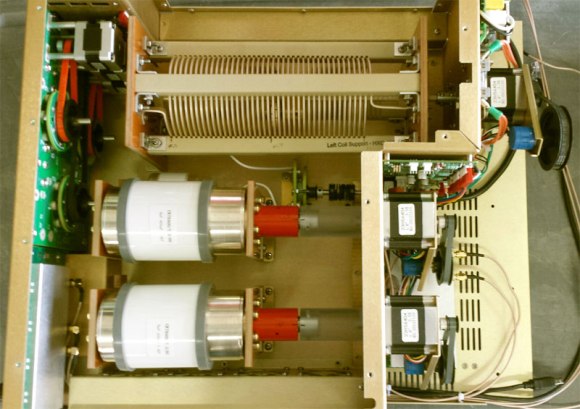 Check out the RF Concepts Website at http://www.rfconcepts.com/ for further details!

There is an excellent FlexRadio System write up on the origins of the Flex-6000 series SDR radios and SmartSDR software online :

The FLEX-6000 was born out of a government project we did that involved direct sampling. At the time in 2010 we all believed (as Elecraft has publicly stated) that it would not be possible to build a direct sampling receiver with as much dynamic range as a superhet or direct conversion radio. When we did the government project, Gerald worked a lot on the numbers and RF architecture and we discussed how to get the best dynamic range out of a direct sampling receiver. We were able to use a very early sample of an Analog Devices ADC in that project and found that we were getting better dynamic range than even Analog was reporting, largely because of how we selected key parameters. Gerald realized that we could build a better direct sampling radio than anything we’d built before.

Once we realized it was possible to build a direct sampling radio, all the “what if…” conversations started. What could we do if we did this? What would someone do with that? Would it be better if we did this or that?

FRS Steve N5AC on “The Chicken or the Egg” development of the FRS 6000 series article LINK: https://community.flexradio.com/flexradio/topics/chicken-or-egg

Scroll down that page for N5AC’s excellent write up.

What started as nothing more than an Amplifier and Computer upgrades to the K9ZW Radio Room has escallated in to a full ham shack redesign project.  It was very quickly obvious that the space & layout changes needed to rearrange to swap my Expert 1KW Amplifer for a new Alpha 9500 was the catalyst for an overdue radio room redesign.

First step after doing some rough sketches was to get the non-radio items that could be moved out the intended increase area of radio space.  It took four of us and some serious electrically power moving dollies to relocate the larger non-radio cabinets out of this former wine cellar.  The effort was successful, nobody got hurt and anything broken can be mended.  It is amazing even in a very clean room what accumulates in over a decade behind cabinets.

Remaining to move out are two knock-apart shelving units – one a very industrial fiberglass unit that presently holds all of our internet connectivity gear and our Sonos Media Server NAS/RAID units.  That unit goes elsewhere.  The remaining Swedish Wood Wine Rack and Spirits Storage unit needs to remain, though within limits it can be moved/reconfigured.

The cellarkeeper’s sink and workpsace is built in and I’m considering it one of the “given conditions” of this room.

Like a good Win Cellar the room is all textured plaster, painted off-white with a white tile floor.  When I first located into one end of the space I added several ceiling lights, a smoke detector wired into the whole-house smoke detector system, lots of electrical outlets including 240v for amps, internet and phone jacks, and the pass-thru for grounding, rotor/switch controls and feedlines.

When the sink area and the wine storage that needs to remain are factored out, I am left roughly 100 square feet of high quality space for my new layout.  Rougly 8ft by 13ft with 7ft 6in plaster high plaster ceiling.

I’m mentioning the surfaces as they are accountically “hard” and I should figure out how to control reflection.

Design goals will be to accomidate for HF the rack mountable Flex-6×00 radios, the Flex-5000, the computer workspace for the Flex Radios, a premium conventional transceiver operating position and a Collins S-Line Station.  An additional VHF/UHF operating station and romm allocation for future satellite operations gear are considerations.

Next step is to collect the equipment dimensions, air/cable/operation space needs for each bit of kit, weights and start sketching designs.

As previously posted the K9ZW station is in serious need of redesign.  Back in September this was the list as I was working from:

I’ve measured the target area and existing bench work. Howard KY6LA corresponded about the ham radio adaption of the FleXy audiophile rack system he has been using, which will be the model for my under-desk and bench-top additional shelves.

In concept the station design is three radios selectable via Julius W2IHY switch gear. Radio 1 is the Flex-6700, Radio 2 the Flex-5000A and Radio 3 a TenTec Jupiter. I am ignoring the Collins S-Line station as it is pretty well self-contained and takes up too much room to co-locate with the other radios.

In addition to the list room needs to be found for basic VHF/UHF operations. Still thinking about this, as I am almost never on VHF/UHF.

Those who have followed my station development might recall that my operating position is one end of a small room originally intended to be our wine cellar. It isn’t time yet to move the station as two of the boys are staying with us while they attend university classes, so we still have a pretty full house and driveway.

Also I think I can reasonably expect to be able to remote at least the Flex-6700 if limited to within the coverage of our router, perhaps by Dayton 2015. So at that time I may well do more operating from my correspondence desk in the library area of our house than continue to hide out in the wine cellar!

Next step is to do some rough CAD sketching to fit & locate everything before I build the FleXy shelf units. Going to try for sketches by the end of the week.

Well things quickly change and what started as a radio bench project and had become a slightly bigger layout redesign in September is now a full fledged project by the start of November!

The XYL  requested that the non radio storage in the former wine cellar be relocated and that we set up the whole room with an amateur radio focus.  While innerly cheering I conceded with a deadpan “okay” lest she catch my enthusiasm as a reason to ask for more redesign or something…

The size and weight of some of the storage units exceeds safe handling, so I’ve arranged for help with equipment to clear the room as much as possible.  This required clearing space in our utility room for relocation which has been made ready.

While I’d like to avoid custom cabinetry limitations in future flexibility and the costs, it may be the only way to go.

From a practical point I can collocate an electronics workbench with my radio room and will also include spare computer project areas in the design.

I also can make  this a much more “social area” with room for visitors to particate in the shack.

I do want to keep my NAS Raid setup which holds my music library and our data backbone hardware nearby, so some serious RF/RFI thought has to be given if the layout expands.

It also makes sense to deadhead incoming cabling then do a distribution system to wire in the radio operating stations.  As digging into the wine cellar walls to bury wiring is not sensible, I’ll need to plan whether cables should be routed in trays, distributed from a ceiling track, or allowed to lay on the floor.  Grounding distribution will need some serious thought as well.

All exciting though more involved than originally thought, expected and planned. Most likely I will cobble the present bench back together with a few changes while the designing goes along.  Sketches and ideas to follow….