Preparing the 4o3a Rotator Genius for the Skyneedle

The “K9ZW Home”QTH’s Skyneedle is getting a 4o3a Rotator Genius azimuth direction detection and rotator control system. The rotator is an AlfaSpid RAK rotor. (Links to my suppliers towards the end of this piece)

Here is the controller part of the RG: 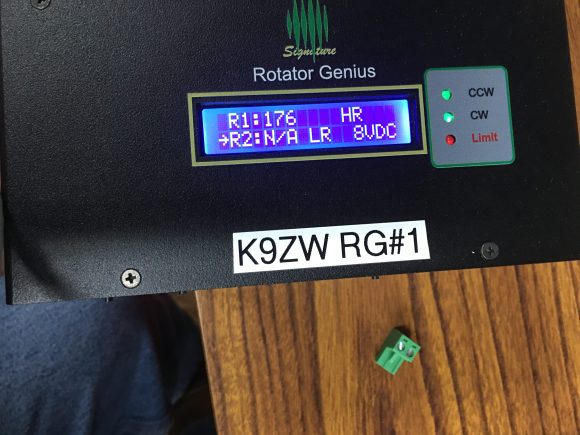 The azimuth sensor is a smaller and light unit: 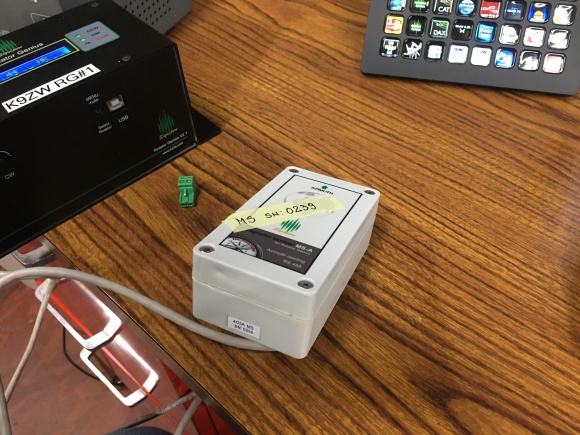 You open up the sensor by undoing four cap screws. A 3mm (7/64ths will work) allen wrench is needed. You have to open it to wire it. I used a CAT5 jumper with one end cut off and the wires stripped to do my testing. The manual talks about this tech talk, but basically it is Ethernet at one end and six of the eight wires at the other. Apparently there is another wiring style of CAT5 Ethernet cables that takes some adjusting that can be figured out by following the wire placements in the illustration in the manual.

Inside is a small electronic compass:

Hopefully FlexRadio Systens SmartSDR and SmartLink will become RG capable, but for now one uses 4o3a’s Windows APP. There is an Android APP but as I’m already invested in both an iPhone and iPad, not to mention the excellent SmartSDR for iOS, I don’t expect to use the Android APP. 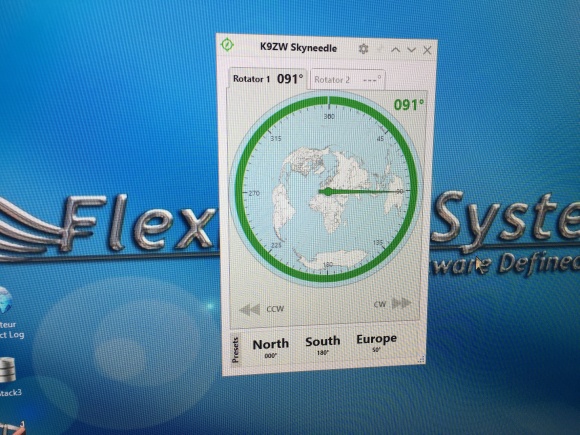 When testing the azimuth sensor remember it is just a fancy compass, which can be affected by magnetic forces. My testing was on a metal desk with a power supply and the RG Controller close enough that the sensor could “see” them. I’ll use an Ethernet connector block to add enough length to get the sensor far away from things and will reverify it works.

In the implementation of the sensor to controller wiring too much length of very light duty cable could result in too much voltage drop. The sensor’s data standard is rated for 1500m or so, but the voltage drop should be calculate and confirmed by testing with the sensor if your going past say 250 feet. Some users report very long runs in use without problems, but best to calculate and test.

4o3a is at http://www.4o3a.com
Vibroplex is the USA outlet for the RG and are at https://www.vibroplex.com
I buy my AlfaSpid RAK rotators from http://alfaradio.ca

I’ve had a AlfaSpid on another tower since I lost another rotator in 2016.  Very happy with the RAK unit.  That unit has gone to “K9ZW North” QTH for Spring 2020 installation, and this is a new RAK.  I wrote about the replacement with the first AlfaSpid at https://k9zw.wordpress.com/2016/11/18/projects-at-the-k9zw-south-qth-new-alfaspid-rotor/